Posted on 3rd March 2020 at 13:36
We spend a lot of time driving not only our own projects but our customer's cars too. Our Pie Performance Tuning packages are available as upgrades to your car as well as part of a complete build like the PPT Cayman. The best way to get feedback from our customers it for one to take it out and see how they get on. We were hoping to let more of you drive the car at one of our events before it sold but due to the pandemic that wasn't possible. And as soon it was advertised it sold within a couple of days. The one lucky customer able to take it out was Chris Wickers. This is his review...
Thank you Chris.

I have never made any secret of the fact to anyone that will listen that I have wanted to own a Porsche since driving a 928 with all extras in the ‘90s, and finally thanks to Chris and the team at PIE got my own 911 in 2017. (Still can’t believe I have had it three years!) To date I have only ever driven the 928, plus my 996 on the open roads and a 991 and 992 at the Porsche Experience Centre. It was the very heavy clutch on the 928 which made me want a Tiptronic. Whilst booking a service on mine I was fortunate enough to be able to take out PIE’s Cayman complete with all of PIE Performance Tuning’s enhancements for a drive around the Lavenham area. Chris had informed me that the flywheel and engine re-mapping had affected how the engine performed at low rpms and I was also informed of the upgrades to the suspension.
The drive out of PIE’s showroom was at a slow pace and I was unable to detect anything unusual or unexpected with regard to the engine and flywheel at low speed, and in fairness I stand by this comment throughout of the whole drive. The stiffness in the suspension was however evident when going over some of the larger unavoidable potholes. From a purely personal perspective if I were to have just one of the many modifications it would be the exhaust which was quiet when driving normally but absolutely magnificent when opening up the throttle. The engine really did roar! This really made the driving experience for me, and put many smiles on my face throughout the couple of hours which I had the pleasure of driving it.
The handling was nothing short of superb with the vehicle hugging the road as though it was on rails with incredibly precise road holding, responding to every ‘request’ I made along with the strut brace reducing body role. Having previously commented about ‘large potholes’, in the normal roads around Lavenham I had no issues and the suspension was in my opinion absolutely fine for a daily driver. The normal bumps in the road caused no issues or discomfort.
With regard to performance of the uprated brakes I do not feel able to give an opinion– other than they stopped the car and performed exactly as I would have expected them to in every way for a performance car. I suspect to fully appreciate them I would need to use the car hard in a track environment. 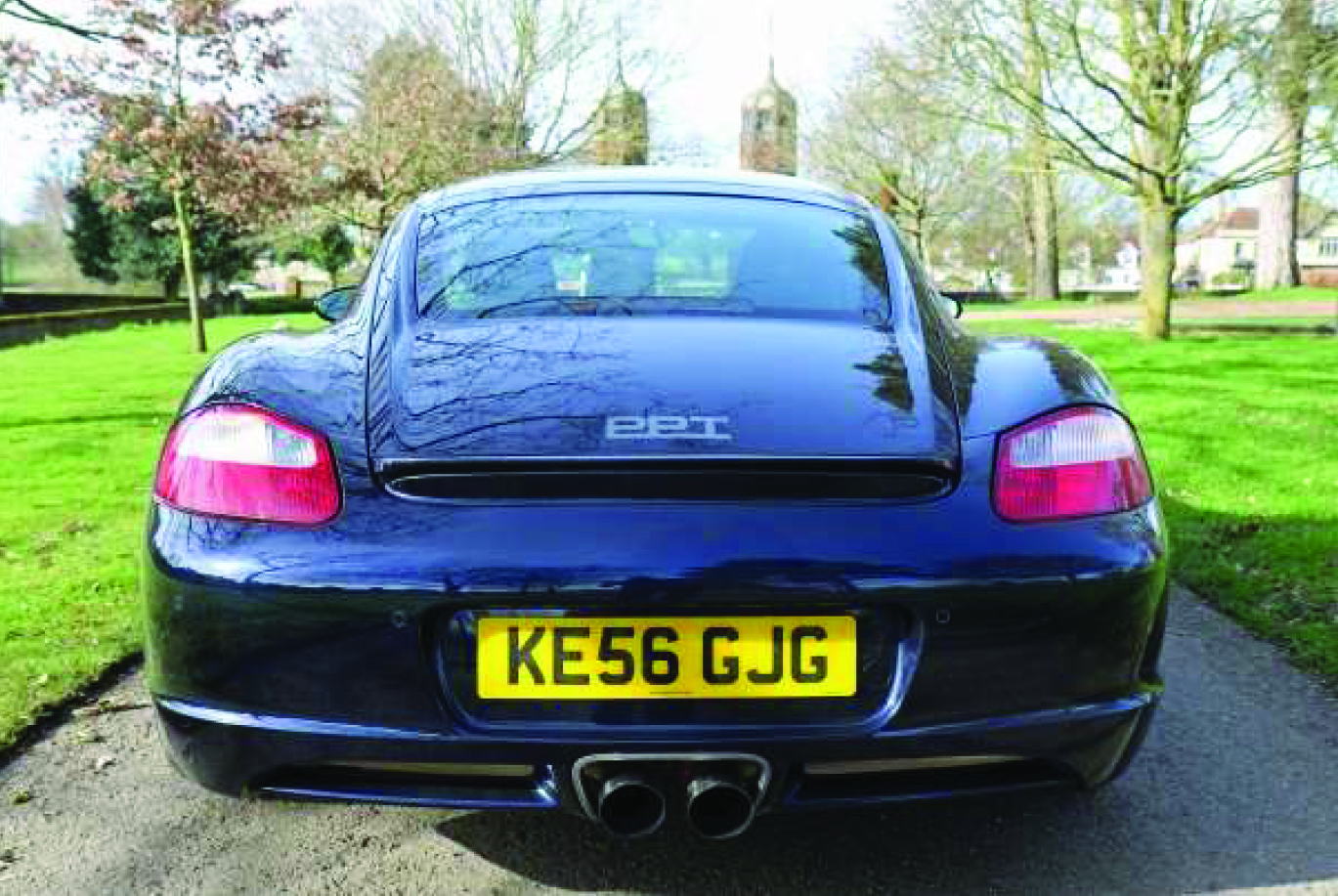 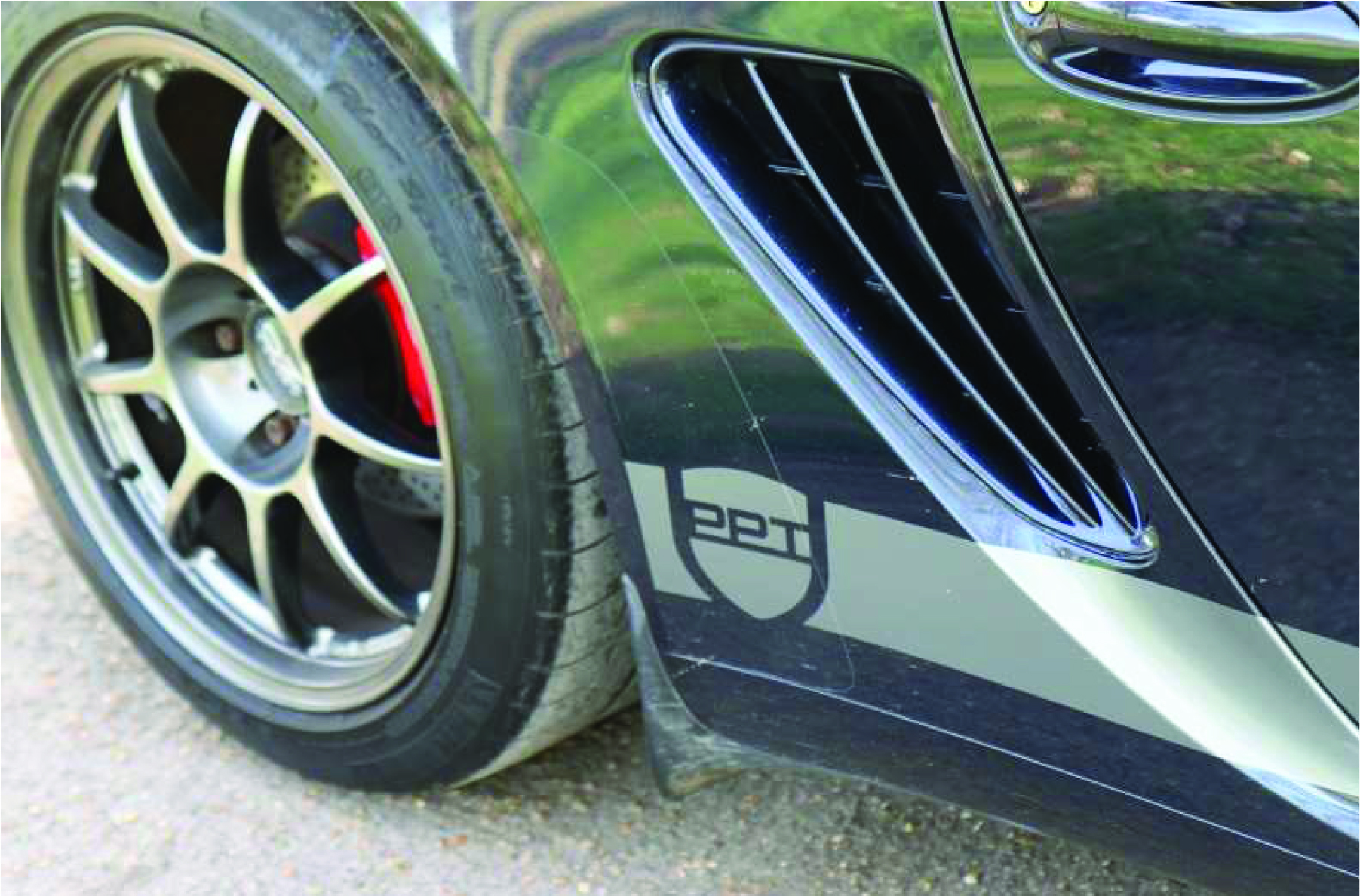 The PIE Cayman is the first manual Porsche I have driven since the 928 and the clutch was a lot lighter, so much so that I would have no issue if my next Porsche was indeed a manual. I am a creature of habit and the short shift gear change was something new to me, and initially I vowed that if I had bought the Cayman I would have asked for it to be put back to standard – however on returning the car I must confess I had changed my mind and would not only have kept it but would also have upgraded mine had it been a manual. The car certainly had a very positive gear change and with the clutch not being heavy, driving it was not only easy but a real pleasure.
Top speed has never been important to me with every car I have ever owned, (including some embarrassing ones when I was young) being more than fast enough for the UK! Even all the Porsches I have driven I have never hit high speeds, even on the track. The reason I wanted a Porsche, and the reason I love my 911 so much is how quickly it gets to 70mph(ish!) and of course the handling.
A Porsche is of course all about performance and the re-map coupled with GT3 throttle body linked to the exhaust is perhaps best described by two words – WOW and Awesome! At 3,000 rpm and depressing the throttle it really shifts and resembles the proverbial ‘scalded cat’ with the deep throated roar of the lion from the exhaust. Add the improved handling and it is indeed a force to be reckoned with and was an extremely pleasant way to spend a couple of hours whilst mine was being serviced. Many thanks to Chris and the team for allowing me to take it out. 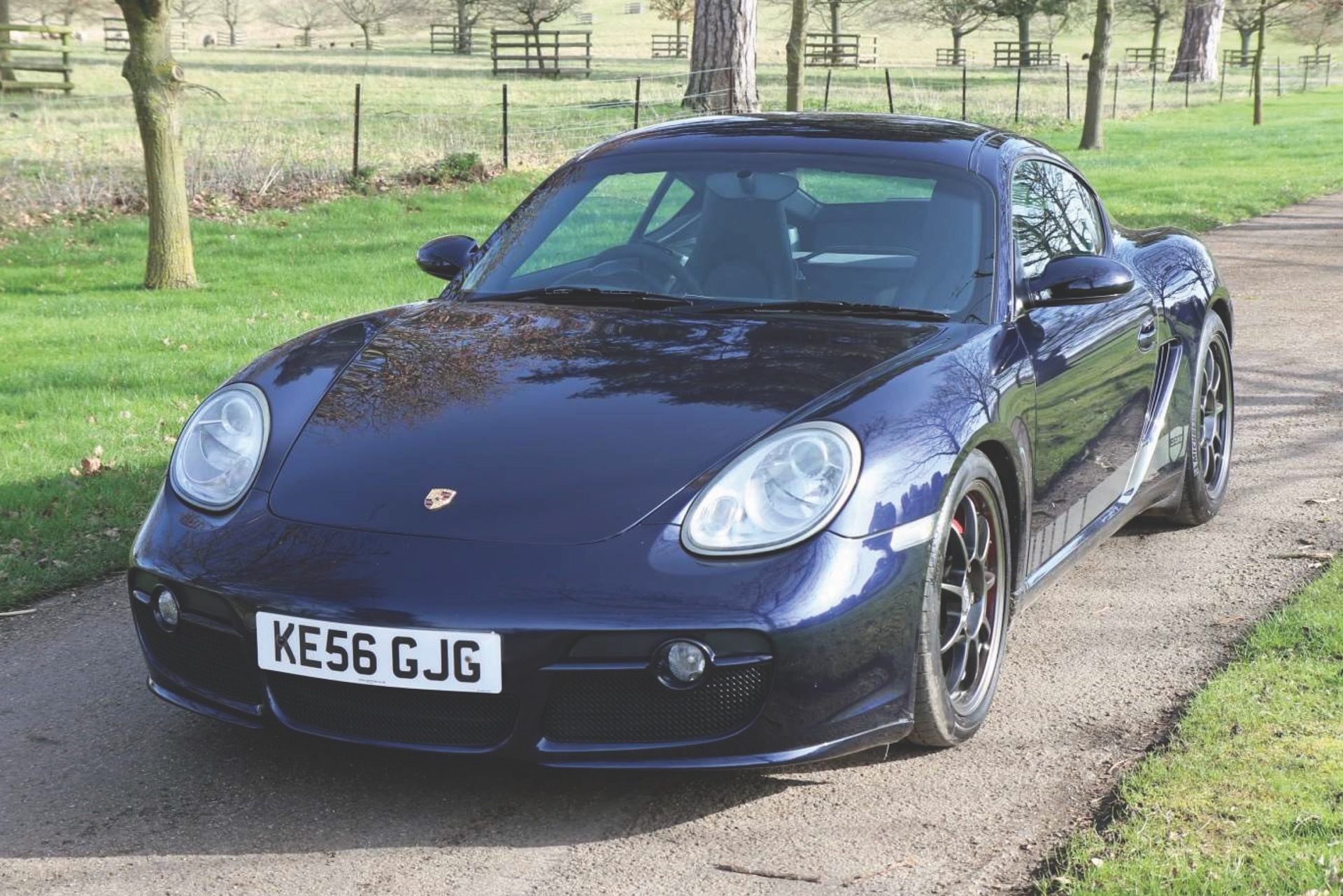