Posted on 21st January 2019 at 10:31
September 2017 the race car is on jacks in a cold workshop still very much looking like a road car. There was no question there was a lot to do leading up to the deadline of launching the car in February. Pie Performance is always an incredibly busy Porsche Specialist with the workshop always packed full of all ages of Porsche. This was the start of the Pie Performance racing story with their first season of racing for 2018 in the BRSCC Toyo Tires Porsche Drivers Championship.
“Toby first came to me in August to discuss whether or not we would like to go racing as a company in 2018” Chris Lansbury owner of Pie Performance says… “ I was excited about the prospect of going racing and the challenge it would be for the company. The Porsche Drivers Championship was a great series for us to enter as the demographic of drivers and spectators fitted our customer base perfectly. Toby put together a full proposal and together we decided to go for it for 2018. The level of support and sponsorship we received was incredible; at one point we had to turn down interest as the car was already full of logos it was incredibly humbling for us as a company” 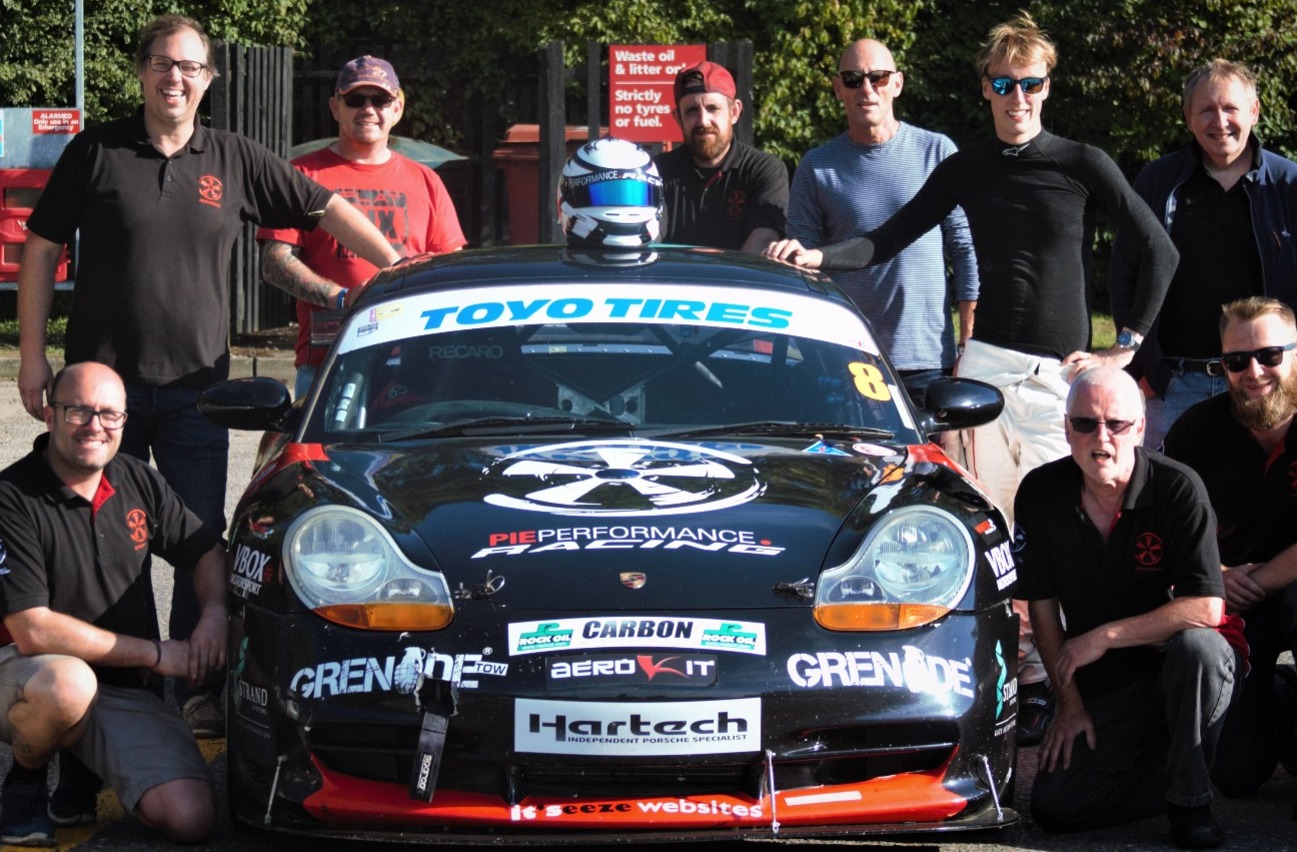 The week before the grand launch of the racing car and there was still a huge amount to do. The livery hadn’t been applied yet and there were still a number of electrical and aero fitments needing to be assembled for the car. “It was amazing seeing the car come together within a week” says Toby.. “It was freezing and the days leading up to the launch our sponsors Stavprint who applied the cars livery had a huge heater on them as they worked not only for them but to make sure the livery applied correctly in the ice cold conditions!”
The launch of the car was spectacular with a huge part of that down to Mick Freer and friends from Hawthron who lent and set up a massive amount of lighting and visual displays. “There were over 150 people crammed into Hennessey Lifestyle as well as the Racing car. It all just about fitted!” says Toby. With Talks from Speed of Sight the teams chosen charity to support over the season and a raffle in their cause over one thousand pounds was raised for the charity it was an excellent night!
Race One Oulton Park
The first race of the season and to say it didn’t go to plan would be an understatement. Toby went out for testing on the Friday of the weekend and within two laps developed an engine issue that ruled the team out of competing in the weekend. “There is a huge amount of preparation that goes into a race weekend” Says Chris Lansbury.. To not even start a race was gutting but we knew running a racing team wasn’t easy and were prepared for issues. While we didn’t get to race the Pie Performance team ended up helping a number of other cars over the weekend and it was lovely to get such a warm reception into the championship even if we didn’t actually race! It certainly gave us a lot of confidence moving forward for the rest of the season”
Race Two Anglesey
With Racing you are always going to run into problems but from that first race at Oulton Park the team then struggled with a number of engine related gremlins unfortunately meaning missing the next four rounds of the championship. “There is no question that we ran into a number of issues when rebuilding the cars engine after Oulton Park” Says Chris.. When you are running a workshop full time with a constant influx of customer cars getting a race car rebuilt and ready was a real challenge. We rebuilt the engine only for it to have more issues when testing at Bedford the week before we were due to race at Castle Coombe. It certainly was a challenging time for everyone and was disappointing not to get out until Anglesey”.
The team arrived at Anglesey with the engine fully rebuilt and ready to race. The circuit itself is beautiful with far reaching views of the coast and the mountains. “It really is incredible to drive” says Toby.. When you come over the hill into the corkscrew the view is stunning” Toby started qualifying but after just a few laps hit an engine issue having to retire the car. “it was really frustrating to have come all the way to Anglesey to have another failure” says Chris. We were not willing to just give up and go home so the decision was made to obtain another engine and fit it overnight so that Toby could race the next day. Myself and Ash began taking out the original engine whilst Dave Hammond and Paul two members of the team heading to Manchester to pick up another engine. By 1.00am Sunday morning the car was up and running it was a huge achievement for the team”. Toby got out to race starting last on the grid and with greasy rain conditions managed to bring the car home in a very respectable 4th place. “We were all on such a high as a team” Says Chris. From not having a car running to being able to race to 4th was such a success for everyone we were over the moon.” Race Two Toby lost all visibility in the car due to the screen fogging significantly. “I couldn’t see the track it was pretty nuts” Says Toby. “I just hoped others had the same situation and that if I could just stay on track we would finish well. I managed to battle up to 5th again just behind 4th but stalling in the pit lane dropped me right to the back of the field meaning I had to overtake everyone again to finish finally in 5th. It was frustrating but still a brilliant weekend to have gotten out there and raced”
Race Three Brands Hatch
“Going into Brands Hatch we felt very relaxed as the engine was working well in the car and there wasn’t a huge amount to do prep wise before the race” Says Chris.. “Toby went out in testing and was on the pace right in the mid pack and with a significantly bigger grid for brands we were already happy with how things we going. It wasn’t until the racing began we realised we had a lot to do setup wise. Toby was feeding back that the car just wouldn’t pull itself out of the corners and had significant understeer. We battled to a 6th place finish but knew leaving Brands hatch we had a lot to do to the car heading into the last round of Donington park. 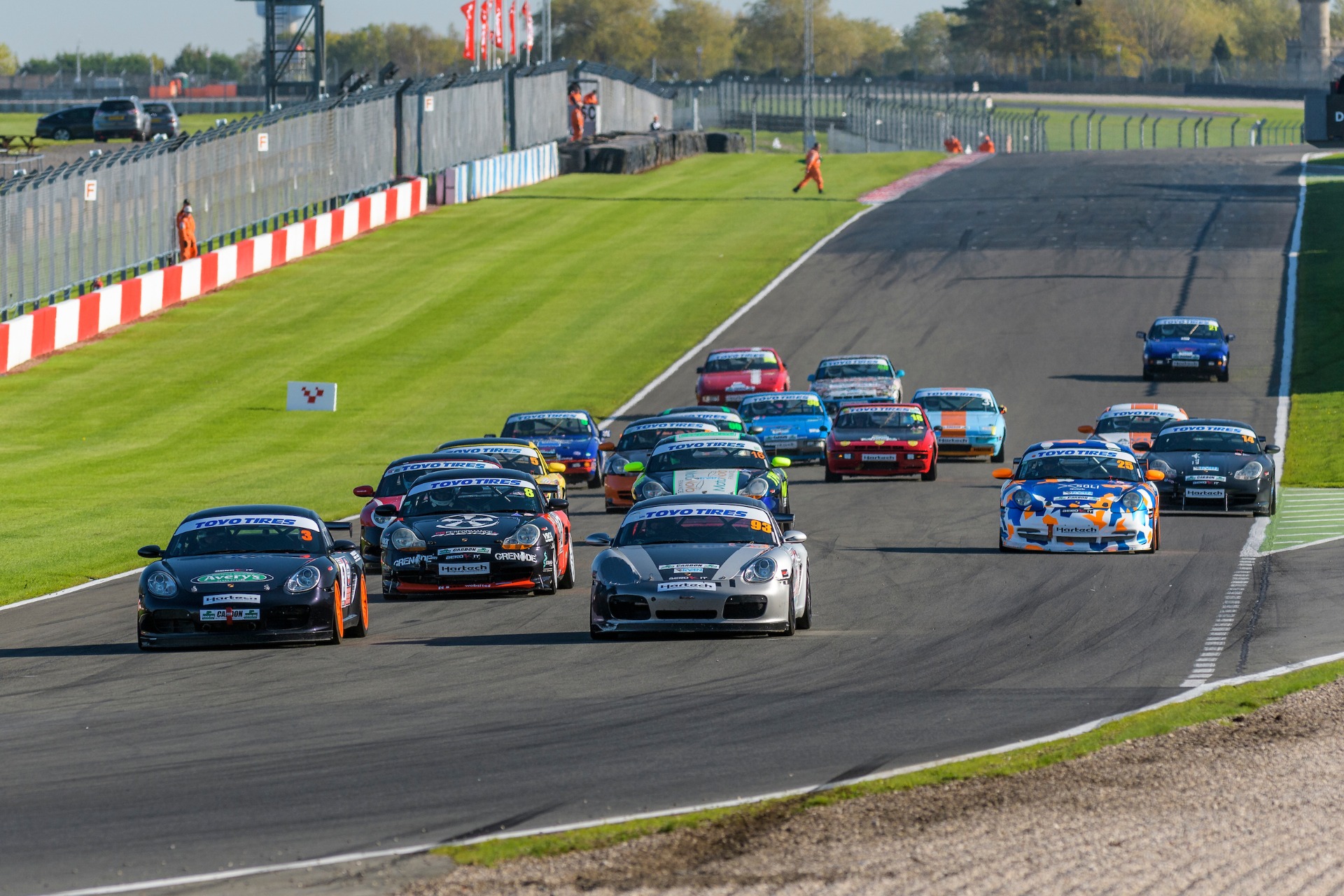 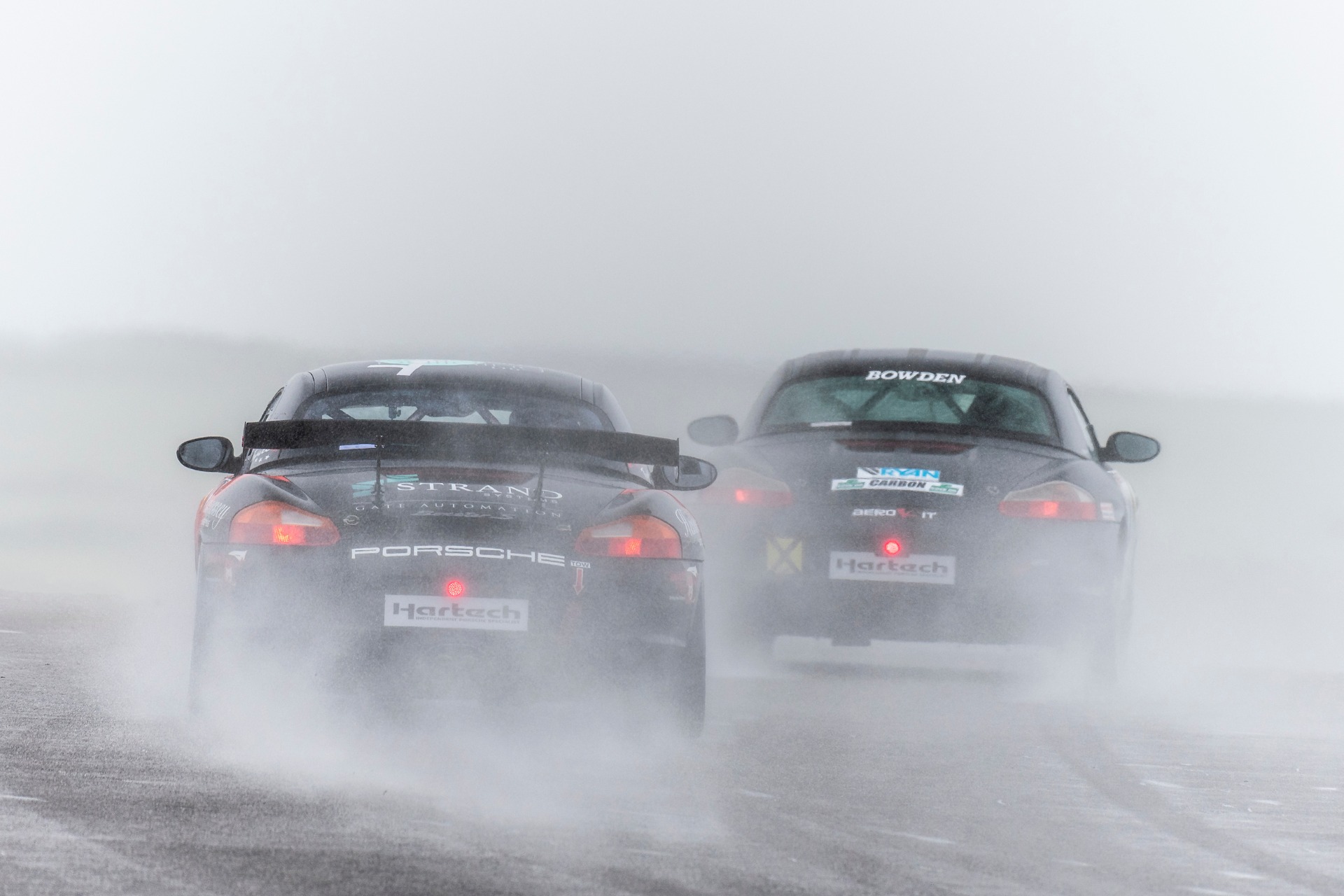 Race Four Donington Park The Final
Donington Park the last round of the championship. The team had managed to fit in a test at Snetterton the week before the race and significantly improved the setup leading into the weekend.
“It Felt like a different car” says Toby “all of the handling issues we had previously at Brands Hatch were gone and the improvement was significant. We knew that we were realistically significantly down on power with the engine we had in the car still from Anglesey but the decision was taken to keep it in till the end of the season with a fresh engine to be built for next year.” Heading into qualifying the team knew they would struggle but qualifying 8th out of 13 was the expected result. What wasn’t expected was the performance in Race one..
Starting 8th Toby stuck with the pack making a good start. Lap one had some incidents with two cars ahead going off at high speed. As the race continued Toby’s pace was consistent and with two more issues for cars ahead Toby found himself in third place. The consistency had paid off and it was a perfect end to the season for the team. “We couldn’t believe that in our first year with all the problems we had faced that we had come away from the last race of the year with a trophy” says Chris. “The team and sponsors were overjoyed and it was the perfect end to the season for us”. After Race One the car developed and issue and had to retire during Race Two but it was a great way to end the season. “we have learnt so much this year” says Chris “and we cant wait to get out there in 2019 for a full season of racing. We would once again like to thank everyone that has supported us this year.”
We look forward to following the Pie Performance team into 2019 where they aim to fight for more race podiums and wins.
Tagged as: boxster, BRSCC, cars, performance, porsche, Porsche Drivers Championship, racing
Share this post: